What You Need To Know About Interest Rates

Interest rates on adjustable rate mortgages (ARMs) are edging higher. What will the impact be on homeowners with ARMs, and will it spill over to the rest of the housing market?

Every month or so brings with it news of dealings by the Federal Reserve (the Fed) to balance economic growth. They do this through two main tools: 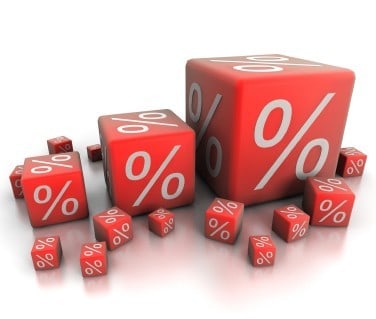 The Federal Open Market Committee (FOMC) meets eight times a year to adjust their plan to keep the economy in check.

Most economic factors have seen improvement over the previous year, with the number of Americans employed increasing 0.6% over a year earlier as of September 2017 and prices in the stock and real estate markets continuing to exceed expectations.

Yet, the Fed has decided to raise interest rates anyway, to fight off the possibility of future hyperinflation. The Fed has been making use of the tools at its disposal, increasing its key interest rate every few months since December 2015 and reducing its balance sheet beginning October 2017.

The Fed’s Impact On ARMs

On the other hand, fixed rate mortgage (FRM) rates also tend to rise following — and sometimes in anticipation of — a Fed rate hike. But since current homeowners with FRMs are already locked into their interest rate, only new homebuyers are directly impacted. This rate action influences home prices, as homebuyers can only pay based on what they qualify for at today’s incomes and interest rates. This dynamic is called buyer purchasing power.

The average interest rate on a 5/1 ARM was 3.19% in September 2017. This is up slightly from a year earlier when it was 3.04%. For reference, the average 30-year fixed rate mortgage (FRM) rate in September 2017 was about half a percentage point higher, at 3.73%, making the ARM slightly more attractive based on its initial rate.

The Road Ahead For ARM Holders

A homebuyer who takes out an ARM in 2017 will initially pay a low interest rate. This allows the homebuyer to qualify for more principal and make low payments for, typically, up to five years.

Then, the rate resets.

This results in a higher payment, calculated using a new interest rate based on a pre-assigned index rate and the lender’s agreed-to margin. The new rate may be multiple percentage points higher, though the rate of increase may be limited somewhat by the ARM’s cap.

These upcoming upward adjustments are a major issue not just for the homeowners, but for the economy at large.

Consider an income property owner of a residential rental in Los Angeles. The investor purchased the property using a $400,000 ARM in 2015, when the rate on a 5/1 ARM averaged 2.8%.

The investor pays at the rate for five years, until 2020, when the ARM resets. Their initial payment of principal and interest is $1,650 a month. When the rate resets, the new interest rate is two percentage points higher, at 4.8%. Their payment rises to $2,000 a month. The following year, the rate rises another two percentage points, to 6.8%. Their new monthly payment is $2,400.

Just two years following the initial rate increase, the investor’s new monthly payment is $800 higher. The investor may either:

No surprise, but the landlord is most likely to increase the rent. After all demand continues to outstrip supply and landlords are in the driver’s seat.

Sure, some of these increases will be offset by wage increases. But this calculus leaves no room in a tenant’s budget for saving for a down payment. In fact, the personal savings rate was a meager 3.7% in the second quarter of 2017. At this rate of savings, it will take a tenant decades to save up enough money to qualify for a mortgage.

The Future For Real Estate, Tied To ARMs

Further, the rise in rates won’t just impact individuals with variable interest rates. As illustrated in the above example of the tenant, variable rates impact individual balance sheets, and the larger economy. Imagine a local economy where residents are spending more and more of their budget on higher debt payments. Tenants and homeowners alike are forced to pay more on housing. There is less money leftover to pay for goods and services and support the local economy.

Armed with this information, how does this impact you?

The Smith Group can ensure you are fully knowledgeable of the risks that ARMs present. Contact us for a private consultation.